A downloadable game for Windows and macOS

You went to the forest for a tree. You have a sled on which you transport the tree. A kettle with hot tea (so hot that it doesn't cool down to the end). Lantern and ax. Having cut down a tree, night has come, you return home through a dark forest.

The game was made in two weeks.

Hold Esc to back to menu

I love games that have a system where you can keep yourself warm in a cold place, like Cryostasis! It's super comfy at the end too! Great job!

very fun and eerie game but at the same time also kind of relaxing. I was super confused on what was going on throughout the game, but I still had a good time playing. I thought that it was very interesting that you had to drink the tea to stop yourself from freezing to death.

I included this game as the first of three scary games! Really interesting game, feels like there's an interesting world here that could be explored. Gameplay-wise I thought it was a little slow with all the walking but fun and interesting otherwise!

very nice game. as a film

This was creepy in a calming way almost- like reading a creepypasta late at night. Kick back and relax this is a cabin in the woods nightmare!

To those who read this review (I apologize in advance for the text, it was written in Google translate)

Here is a very strange plot - to cut down a spruce. Only not any, but special. How it differs, I can not understand. And besides, the main character near the house already has a bunch of Christmas trees growing. Couldn't he have walked around the house and found a Christmas tree there? I'm already silent about the journey in the pisces ...

Okay, let's skip the story. Now let's talk about opponents. And that's... a flying anglerfish? Not only does she just soar through the air for reasons she knows well, but such an adversary will not be able to scare anyone.

Here's what I think of this game.

This was really creepy and I love the atmosphere. Great work!

i love the look of the game. there were some confusing moments where i couldn't see enough to be sure what to do (especially when the blizzard hit - though it seemed to blow mostly on my left side and not straight onto me - and when i was near the cave, it took a while to actually see it), but aside from that i really liked it.

Interesting game.  I love the idea of drinking tea to keep warm and going into the wilderness to get ourselves a tree.  Look forward to seeing more games from you :)

Adventurous game right here as you go through dangers of nature and evil that is possibly caused by angering the forest due to taking one of their kind. Enjoyable experience. Thank you for making this! 3rd game.

Reply
Kidd_Ichigo152 days ago
I just wanna sip my tea and chop my tree! Had a fun time playing this, sorry for the late post :)
Reply
Gavengelthegrim156 days ago

Reminded me of no one lives under the lighthouse. Which I was also fond of (it's original prototype).

Great game, loved it! Its got nice tension and the first time the worm came out it actually scared me, can't wait to play more of your games

Awesome game! The atmosphere and style of the game are especially catchy. Thank you

I love this game! It is the perfect combination of atmosphere and great game design!

Very nice. Well made and gave me several surprises in how things proceeded. I like how you weren't afraid to be weird.

Played the game on my channel! Really love the aesthetic and the world the game was set in. Can't wait to see what else you do!

Any advice about getting this to work on Mac Monterey?

hi, big thx for the nice game. greetings from rosti 🙏

Woah, it was a really nice experience for sure!

This was really cool! A pretty unique mix of concepts that comes together really well.

I went through a bit of a journey with this one. Initially I made it up to the point where you get caught in a blizzard and I somehow managed to miss the cave and couldn’t find it again, so I stopped. Then for some reason I came back to it this morning and played it through to the end.

This game gripped me in a way I wasn’t expecting. I really liked the subtle touches that lent the game an effective atmosphere, like the little sounds that everything makes and the way that the ice creeps slowly away from your vision when you drink tea so that you’re not quite sure if you’ll need another cup or to hold on to the reserve you have.

I really liked how having to drink tea at set points throughout the game gets you attached to your sled. It keeps the player invested in the well-being of what would otherwise just be a physics object for flavor. I feel like you could have done a lot more with that by creating a sense of concern for making sure the sled is still with you at all times. As it stands, I did find myself periodically looking back to make sure it was still there (even though it’s literally tethered to the player character) but nothing really posed a threat to the sled itself. When the giant worm initially attacked me it landed on my sled, which initially frightened me, but because nothing really interacts with the sled except me it didn’t create an actual threat to my progress.

I don’t have any further notes on the gameplay itself. As walking simulators go, this one interests me because it’s not exactly subtle but it still creates an effective atmosphere by making the player feel like they’re in a hostile environment. I really appreciated how instead of throwing up a “Game Over” screen at the end the payoff is that I get to relax and drink more tea in my house, because it made the trek feel totally worth it, and that sounds silly because it’s such a simple touch but it actually creates a sense that the whole journey had an actual point rather than just being some dumb guy in the woods at night for no reason.

Overall verdict: Surprisingly good, could have benefited from more of a sense of threat.

EDIT: Having gone back and played this game through again, I now know that I somehow managed to miss the chase sequence towards the end with the giant worm, so my complaint that the game didn’t have enough of a sense of threat is hereby retracted. Either I triggered a bug or I somehow managed to sprint my way through the tunnel so fast that I didn’t even notice something was chasing me. That’s a much better climax than I initially experienced when I played for the first time.

Hello, thank you very much for your feedback. I haven't updated the game and it's not a bug. Most likely, when you first walked through the tunnel, you stopped or looked around. If you just run, then you really can feel that no one is chasing you, because the worm does not have time to catch up with you. I think to fix and make the worm faster. Thanks again for you feedback.

After 'hiding' in the bushes I was unable to get out. The sled had me jammed in. 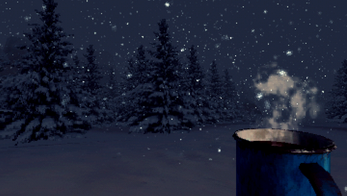 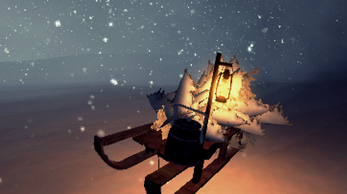 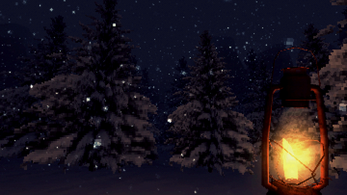 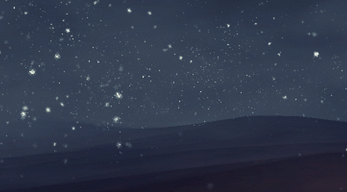 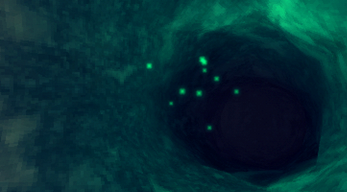